The major landowner in the village until very recently was the Eaton Hall Estate. This was owned by the Antrobus family, and several members of the village have strong ties with the estate with family having lived and worked on the estate.

The information below was kindly supplied by Mr Neville Slater who’s wife Maaike came to live at Eaton Hall when her father Eelke who served in the Prinses Irene Brigade was demobbed and got a job as butler/handyman with Colonel and Mrs Antrobus.

A short history to Col. and Mrs. Antrobus

Lt. Col. Ronald Henry Antrobus became custodian of Eaton Hall due to the death of his elder brother, Captain Charles Alexander Antrobus who died in action on 25th April 1915 at the age of 34.

Below is a picture of the Antrobus coach which Gibbs Crawford Antrobus used to attend the Congress of Vienna when he was in the service of the Duke of Wellington in 1815. 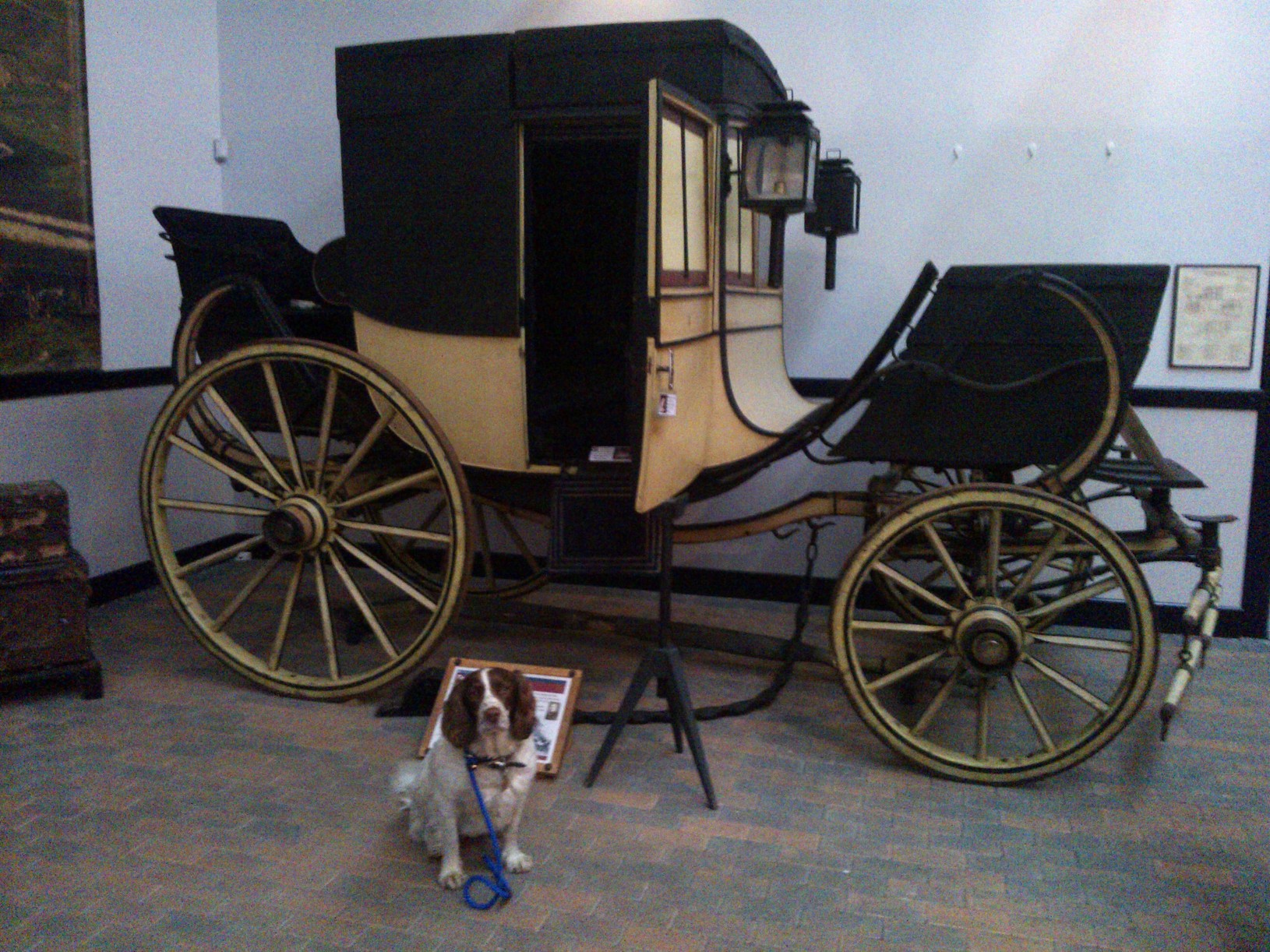 This coach is now in the National Trust Carriage Collection at Arlington Court, Barnstaple, Devon.