Ambrose & Elizabeth Rowbotham moved to Eaton in 1941 to live at Jackfields Farm with their four sons, Frank, Reg, Hugh and John. Somehow along the line the boys only managed to produce 1 male offspring, all the other nine were girls and from then on much has been the same story! In 1960 Hazel was queen and in 2012 Florence was the 10th queen from the same family line. 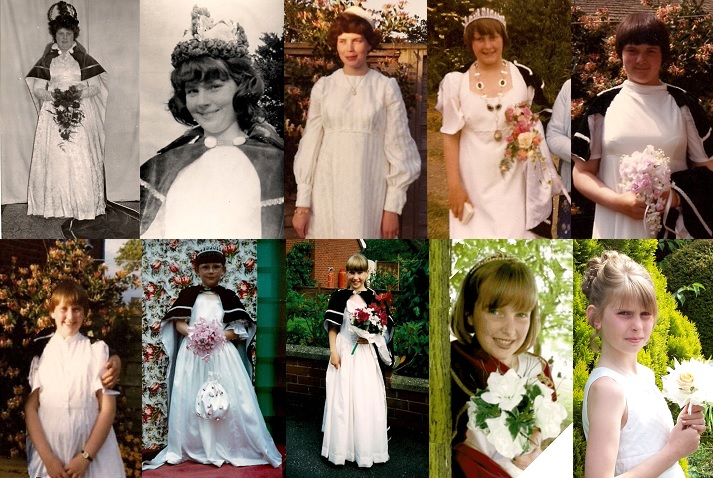